A Model for Good Health

The benefits of a Mediterranean diet, I can only imagine, could easily be viewed as a model for good health. For the simple reason that it has all the right ingredients and healing powers to help reduce your risk of heart disease and cancer as well as lower your cholesterol levels. It's all the more reason why you should adopt this healthful lifestyle.

Depending on your age, some of you may vaguely remember that during the early sixties, the rate of heart disease in the United States was skyrocketing. People living on the southern European shores of the Mediterranean such as Greece, Italy, France, Spain and Portugal had some of the lowest heart diseases in the world.

Now here's the strange part. Well, maybe for some. The people here were enjoying this robust good health even though their diet racked up nearly 40 per cent of its calories from fat, plus they generally washed down their meals with a glass or two of wine.

Because curious scientists wanted to know more about these Mediterranean diet health benefits, they searched the shores of the Mediterranean Sea. They discovered that the inhabitants here were really into something big. But precisely what is it about their eating habits?

Well, for one thing, the traditional Mediterranean diet includes a lot of vegetables and legumes along with fresh fruits, whole grain bread, dates and nuts. We also can't forget the olives. Meat such as lamb, pork and chicken was consumed infrequently and in small portions. The primary source of fat in their diet was from monounsaturated fat which came from olives and olive oil rather than the saturated fat from animal food.

Whether the same standard is maintained today is anyone's guess simply because of the vast influx of foreigners heading to the sunny shores of the Mediterranean from the United States, Great Britain as well as various other Northern and Eastern European countries. They were bringing with them not only their businesses but their eating habits too. 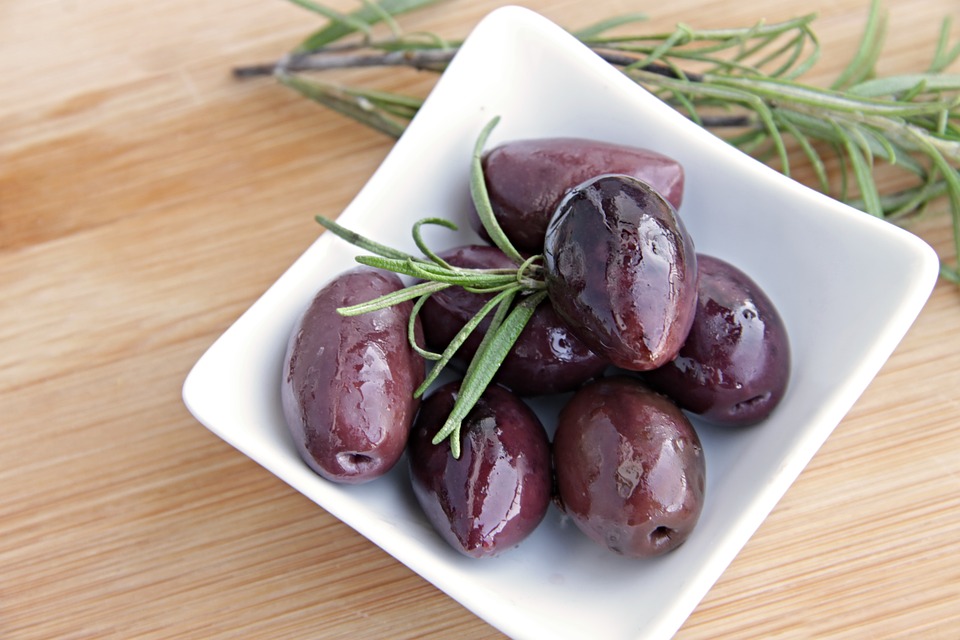 Mediterranean Diet - In the Heart of it

Other studies had similar results. When researchers examined the diets and disease rates of people in seven different countries, for example, they found that while heart disease amounts for 46 per cent of deaths of middle-aged men in America, only 4 per cent of men in Crete, an island in the Mediterranean, had similar problems. The death rate from all causes in Crete during this 15-year study was lower than that of the other countries.

Greek Strapatsada with Egg and Tomato 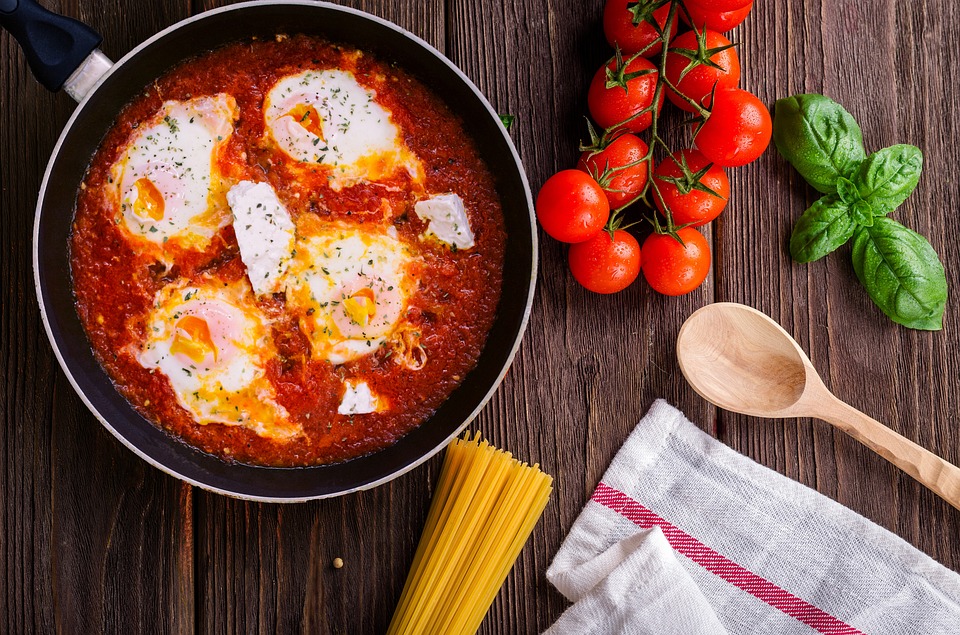 Mediterranean Diet - Beyond the Heart

Although the Mediterranean diet is most renowned for its role in keeping the heart-healthy, it also appears to reduce the risks of other health threats, among them cancers of the breast and colon.

Studies show that compared to women elsewhere in the world, women in some Mediterranean countries have half the risk (or less) of getting breast cancer. It could be due to their low intake of saturated fat and high consumption of monounsaturated fats as well as fruits and vegetables. Also, see Asian Diet - Vegan Diet - Vegetarian Diet

Indeed, some researchers have found that people in the Mediterranean region who follow the traditional diet. That is, those who eat lots of fresh fruits and vegetables and not much fat and protein - are less likely to get cancer than those who eat more modern, less healthful diets. The message here is simple - For optimal health, choose a plant-based diet, which is naturally high in vitamins, minerals, fibre and antioxidants and low in saturated fat, cholesterol, sugar and sodium. 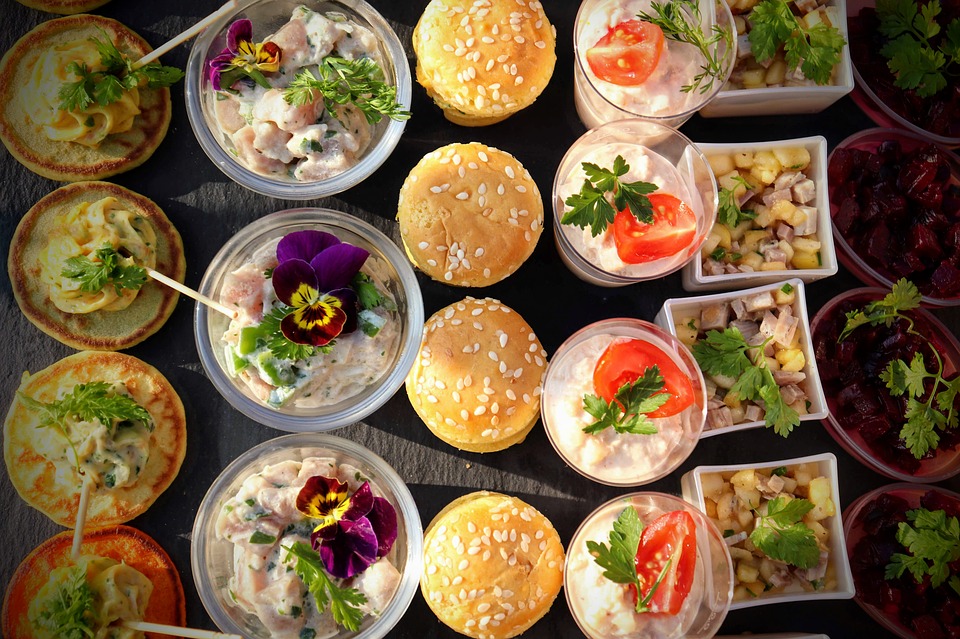 There are many reasons why the Mediterranean diet is good for the heart, but perhaps the most important is where it gets its fat. Even though people in Mediterranean countries eat as much fat as we do (or more), they eat relatively little meat. It means that they consume only minuscule amounts of artery-clogging saturated fat.

The biggest bang for your buck comes from limiting saturated fat and replacing it with monounsaturated fat like olive oil. Olive oil is not only monounsaturated fat, but it also contains antioxidant compounds that help prevent chemical changes in the body that cause the dangerous low-density lipoprotein (LDL) cholesterol to stick to artery walls.

The second most common source of fat in the Mediterranean diet is nuts and seeds. Nuts contain alpha-linolenic acid, which your body converts to the same kind of heart-healthy fats found in fish (which people in the Mediterranean also eat). If you fill up with most of these fatty acids, you'll be least likely to have heart disease.

It doesn't mean you should run out now and start adding tons of olive oil and nuts to your diet. It's not the only diet that makes people in Mediterranean countries so healthy. People here also tend to do a lot of walking, and they do hard physical labour and generally stay active. So even though they take in a lot of calories from fat, they're usually able to keep their weight under control. 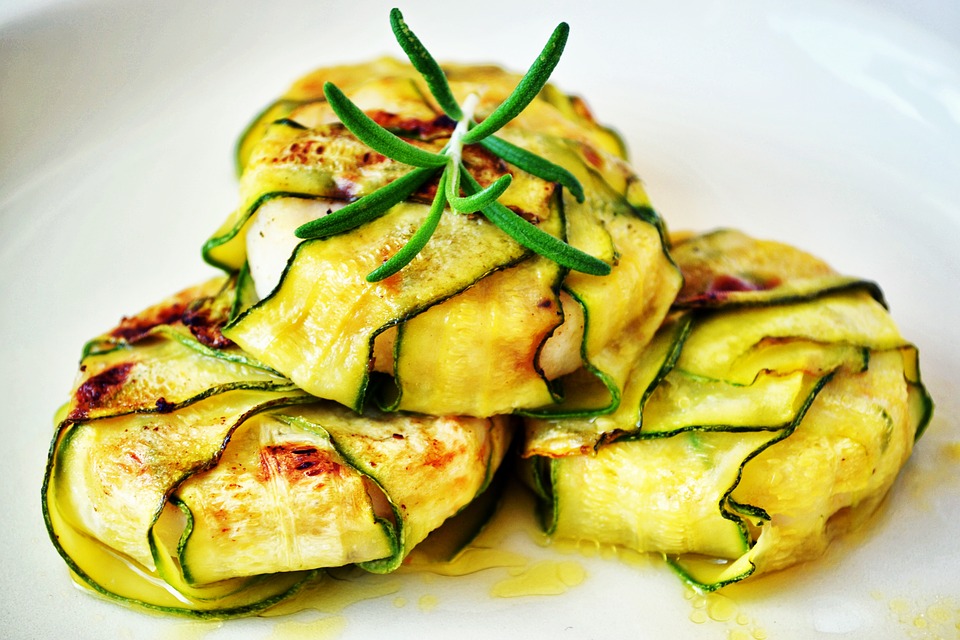 I read a book on the tragic life and times of Christina Onassis, and though she was born in America, she came from a Greek background and lived on her father's island Skorpios from time to time. She died of a heart-related disease at a very young age. Perhaps because of the riches she inherited, she could indulge herself not only with material luxuries but some of her food choices were less than desirable. Though she did love Greek food, she also drank copious amounts of diet coke which did little for her health or her weight which at times topped the scales at some 200 pounds.

We have to be aware that outside influences have crept into the Mediterranean, and this will dramatically impact the food choices of the younger Europeans living there today. However, if they should choose to continue with the original and traditional Mediterranean diet, they will surely live a much healthful lifestyle. 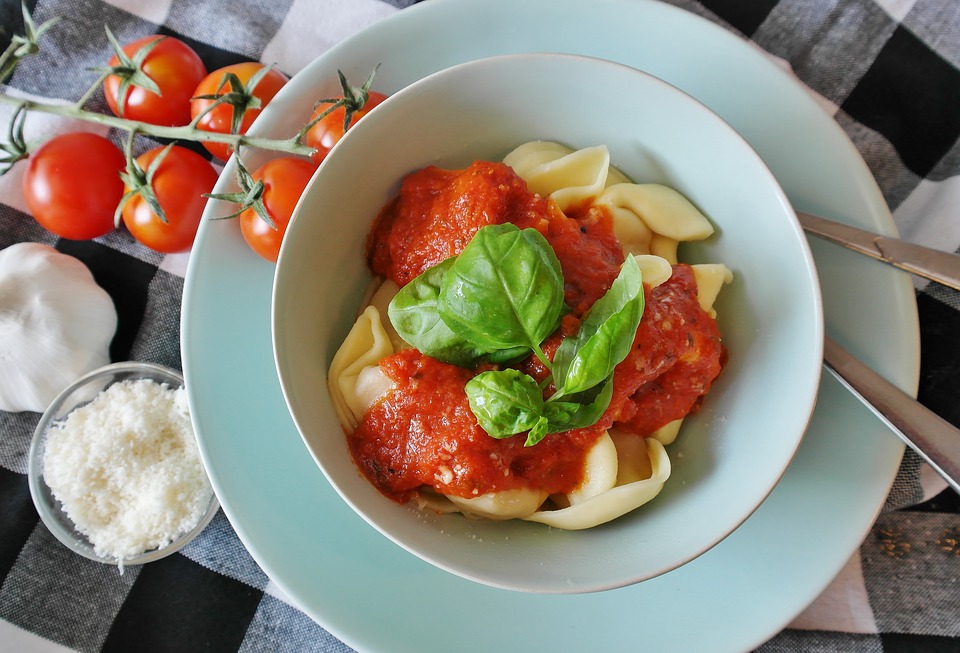