Stopped by Cops in Spain 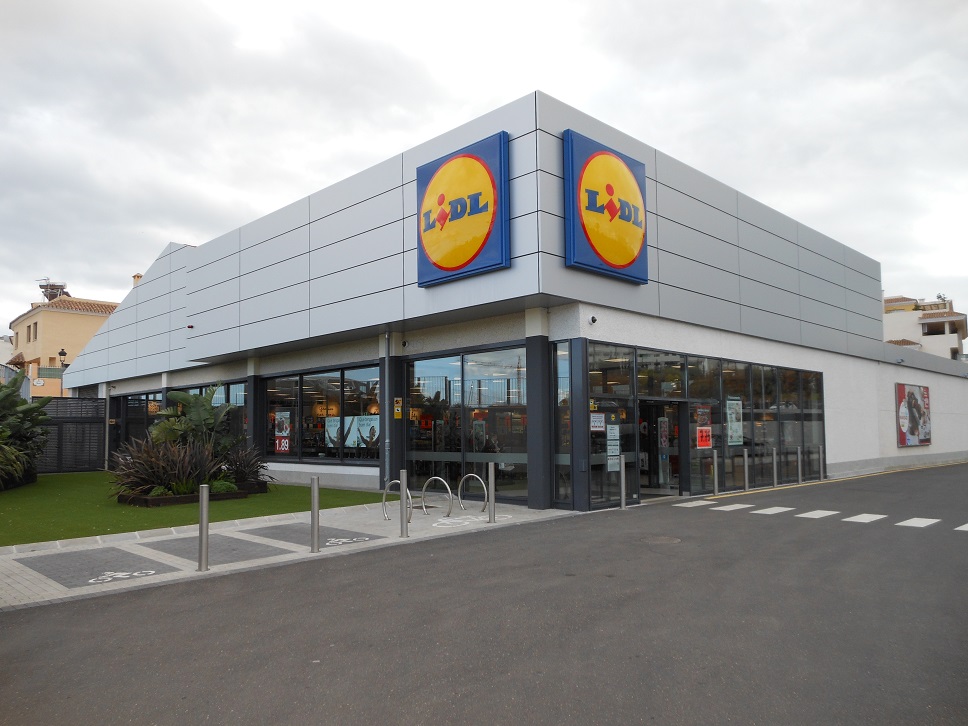 2020, the world is in a global Lockdown and I got Stopped by Cops in San Pedro, Southern Spain. While the rest of Spain is reeling from the worst of the coronavirus pandemic, the southern coastal town of San Pedro where I am residing, has not experienced a single case of this dreadful disease which, unfortunately, has forced everyone else around the world, except those without a home into some kind of mandatory house arrest. Having recently arrived from South Africa, I left the confines of the Spanish villa in which I was staying with friends to go shopping for some much-needed groceries.

I began my almost daily walk to the supermarket for which there are several in the area, each one a little apart from each other. I had passed the first supermarket but I usually like to visit them all as they all have slightly different products on offer and also because the prices change from one supermarket to the other with the same or similar products. And I got stopped by cops who were driving around the town, I should imagine, trying to maintain law and order. They asked me what I was doing and where I was going. My first reaction was to somehow explain to them that I spoke no Spanish other than a few simple words. They soon realised that I wasn't a local and kindly spoke to me in English.

I told them I was going to the shops. And they implied that I had just passed a supermarket. I said I was going to another one further up the road where I wanted to get supplies the first one didn't stock. What I didn't tell them was that I was also going to the supermarket further up the road because that particular one had a special on beers. Then they asked me if I was a resident of Spain. I told them that I was a fugitive on the run and that I'd just escaped from Pollsmoor Maximum Security Prison in Cape town, South Africa. Only kidding. I said I was on holiday here and then they wanted to know where I was staying and I said that I was staying over there and around that corner - pointing to my right - even though it was some ten to fifteen minutes away. Were they going to arrest me or what? I had no idea what to expect.

My home from home in San Pedro Spain 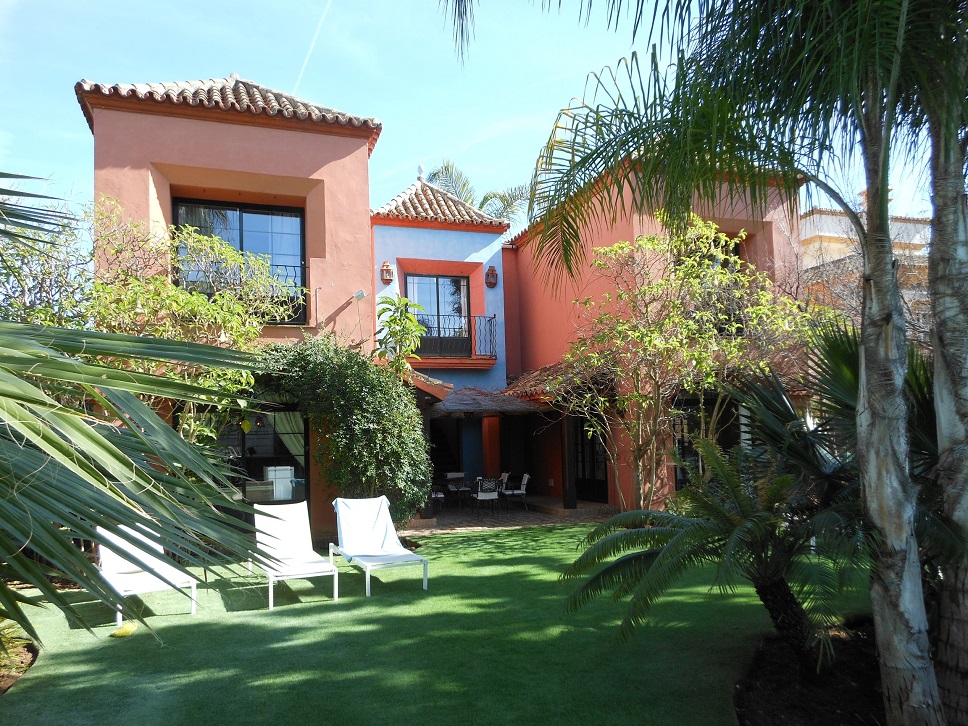 Then they asked me for my home address. Oh! shyster Oh! Dios mío - I didn't know the address of where I'm staying. At that stage, I guess there was nothing else they could do other than tell me to get my stuff as quickly as possible and go straight home. I wondered what they meant when they said that I should go straight home. Where else could I have gone?

Every other place here was closed. I've never been stopped by cops in any country while walking to the shops or anywhere else for that matter. It felt kind of surreal. Nonetheless, after shopping, I hurried back to the villa and continued working on my online projects. No, I lied, I didn't hurry back. I took my time and enjoyed the walk albeit with not a soul around me. It was kind of weird and wonderful with nobody around. I almost began to enjoy all this solitude.

Just where had everyone gone I thought. I knew that Elon Musk was planning some sort of exodus to Mars but had everyone gone before I got the memo. Surely not. The friend with whom I'm staying told me that because Spain is a socialist country (am I allowed to say that?) people in authority do not favour males because of all the male spousal abuse that goes on in this country. There's a lot I still have to learn. So males are always a target no matter what the situation is. Anyway, I was ever so polite to the police and nothing more came of it. Spain is a bit of a police state and feminists rule here. A lone lady had just walked past me but she wasn't stopped by cops. I'm completely okay with that. 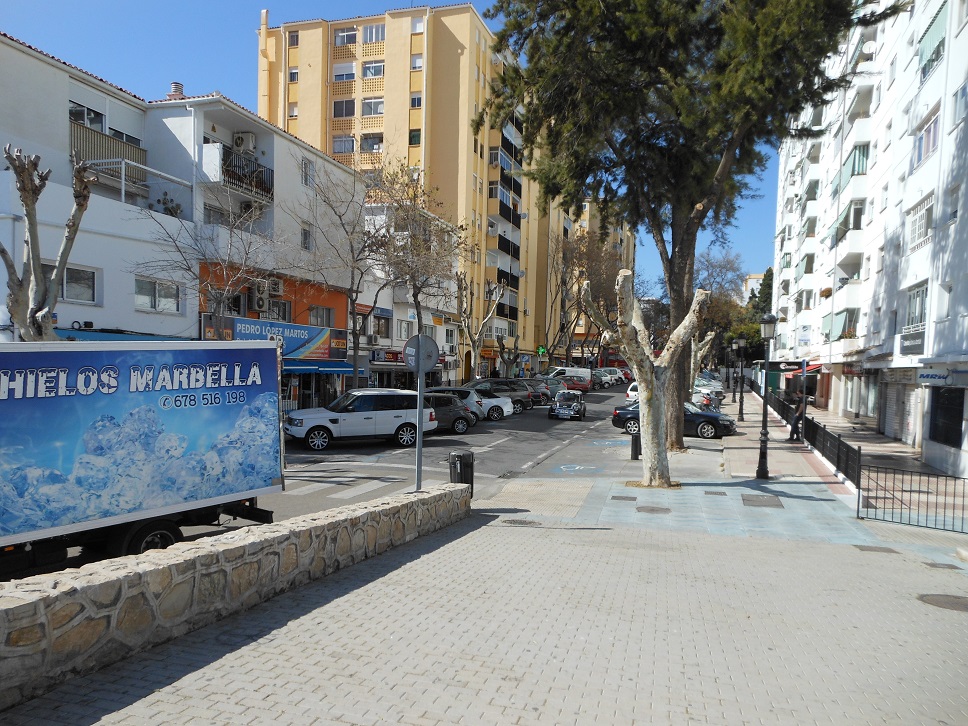 That Cop thing, while it might have been strange, was almost like another adventure and it became a story to tell my friends abroad which to me was the most exciting part. It wasn't like a was caught in a drug bust or anything like that. It's just something I never expected. Or did I? However, at some other stage I'll have to go to the shops again and one that is a little further away because they have some items there that, as a vegetarian, I cannot get at the supermarket nearest to where I am currently living. Only this time I'm going to use mostly the side streets and do a bit of ducking and diving while I'm at it. It's going to be a fun day nevertheless. I must say that I do enjoy all this drama that has unexpectedly come into my life.

It's unbelievable. My friend says that China possibly orchestrated this coronavirus and sent it around the world. Who knows but it's quite shocking. And why Spain. I just got here for Pete sake. I would have been safer in South Africa - but not as happier as I am here. I love it here in Spain even though I can hardly speak the language. 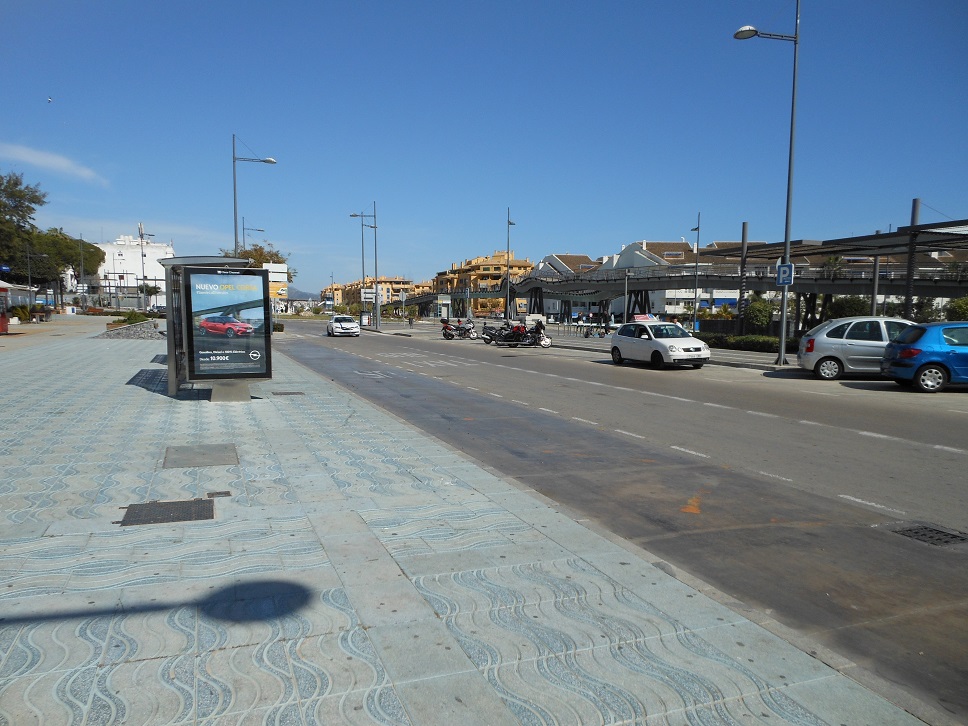 When things were a little less policed, I spoke to a homeless Spanish lady a couple of weeks ago outside one of the supermarkets I'm going to try next time I go walkabout. While I didn't understand one word she said and she too didn't understand a word I said, we had a great conversation for at least ten minutes or so. That's what I love about travelling to countries where English is not spoken. English conversations can get a little stale at the best of times. When I went to Taiwan in 1993 I fell in love with that place too, so much so, I didn't want to leave. I couldn't speak the language there either.

Take me to countries like Cambodia, Thailand or anywhere in South East Asia and I feel completely at home. Countries, where English is the native tongue, makes travelling the world far too easy. Sometimes an adventure into the unknown or the path less travelled can be a far greater adventure and a giant step out of your comfort zone. On the other hand, Mars, Mr Musk, is way too futuristic for me right now. Besides, I don't know of any decent supermarkets on Mars. Maybe another time. 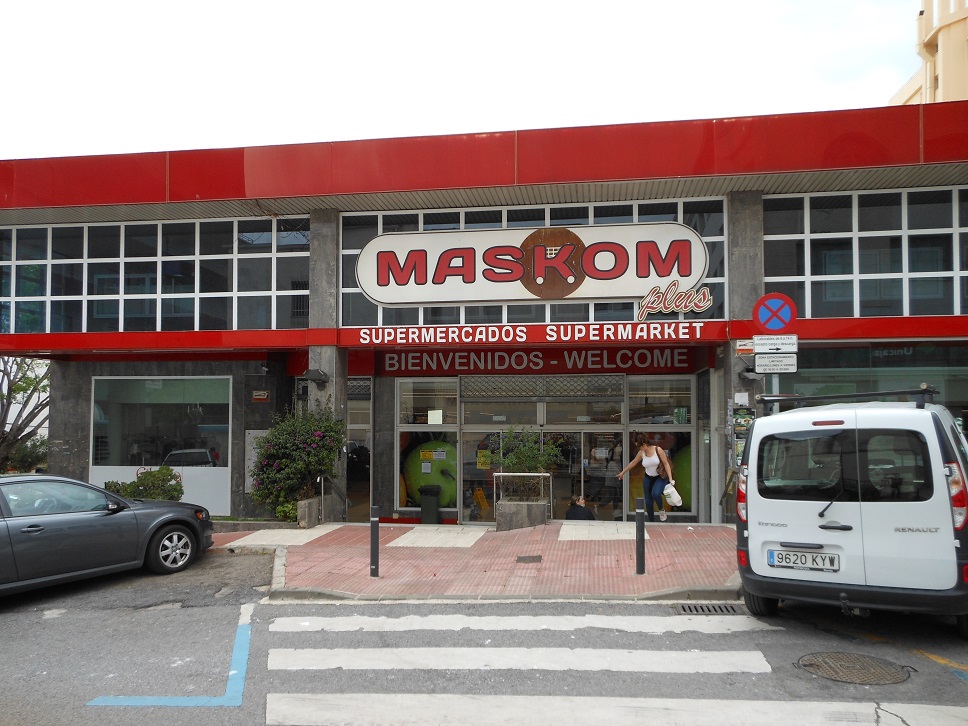 So here's where I stand now. Having survived the cop ordeal, I had my Spanish house mate write a letter in the local language so that if I ever got stopped by cops again, I'd be fully prepared.

This is the letter written in Spanish that I now carry with me every time I go to the supermarkets.

And for those of you who don't speak Spanish, this is the English translation.

I am a guest of the house C / Las Mimosas 281A. I go to the closest store that sells specific products for my vegetarian diet. Then I go directly back to the house. The full address of where I stay is omitted for safety reasons. 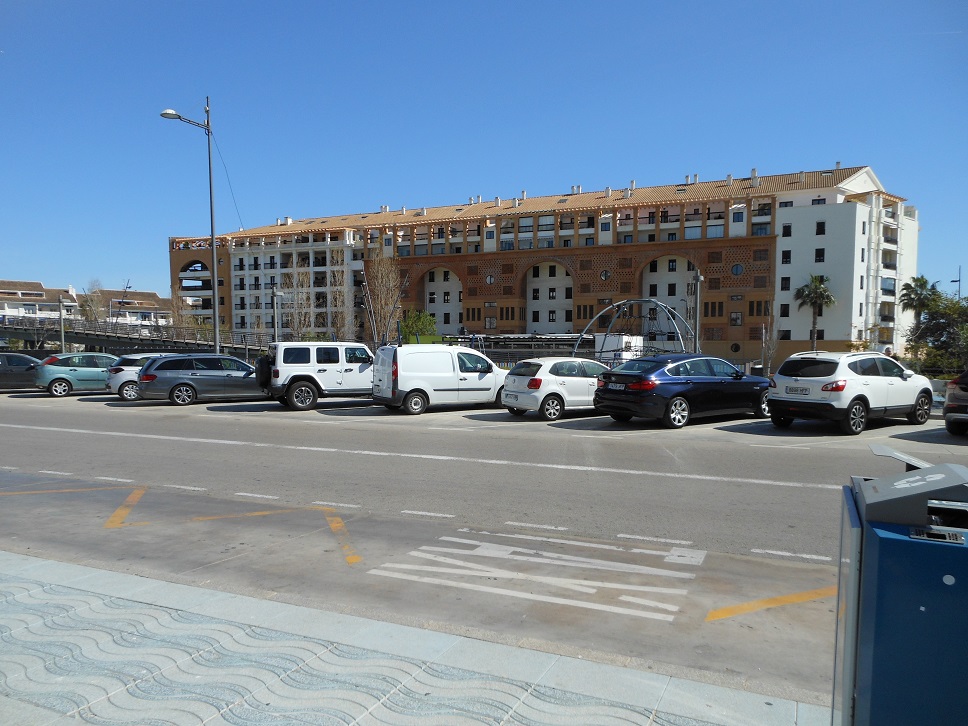