And why we should stop eating Meat

There are several reasons why we should stop eating unhealthy food. And this is especially condemnatory when it comes to the vast consumption of carnivorous types of food such as red meat.  Apart from the fact that eating any meat can be "deadly" to our system, the structure of our body and internal organs are not designed for this.

You only have to look at just a few components of the human body, both internally and externally to understand why we've got it all wrong about our eating habits and how we can easily change that for a healthier life. But most importantly, we need to pay serious attention to our teeth structure, our digestive tract and the fact that we do not have claws on the end of our paws. I'll get to that shortly.

But let me start by asking you if you've ever heard of mad cow disease? Most of us are unaware of this particular disease that spread across the UK and parts of Europe in the '90s. It not only affected cattle but also had a devastating effect on humans too. Do we even know what happens to livestock when farmers feed their cows with unhealthy food?

Mad cow disease was a fatal disease the slowly destroyed the brain and central nervous system in cattle. And in rare cases, some of the livestock got a human form of the condition known as bovine spongiform encephalopathy or BSE. BSE is a transmissible and fatal neurodegenerative disease in cattle that can effortlessly pass to humans who consume the infected flesh.

In an affected animal, the brain develops tiny holes, making the animal lose control over its movements and changing its overall behaviour. Mad cow disease spread in British herds in the mid-1980s after they were fed the processed animal remains of sheep infected with scrapie.

Scrapie is a disease of sheep which involves the central nervous system, which in turn is characterised by a lack of coordination that causes affected animals to act in rather strange ways. Such as not being able to stand on their legs, making them become clumsy and falling or rubbing themselves against objects like trees for support.

Mad cow disease is thought to be a virus-like agent such as a prion. A prion is composed of abnormally folded protein seen in cattle and other livestock as well as Creutzfeldt-Jakob disease (CJD) seen in humans. Most scientists believe that this abnormal protein in brain tissue causes mad cow disease. But hey! You don't take my word for it. Just Google it.

And why do cattle get mad cow disease? And what happens when cows suffer from mad cow disease? The answer to the first question is because farmers feed cows with the wrong kind of unhealthy food. Cows are herbivores and therefore need to eat plant matter, and in particular, they need to be grass-fed. In some cases, farmers were feeding their cows on sheep carcasses which they ground up into pellets. That's not proper cow food.

Why would you want to eat me? 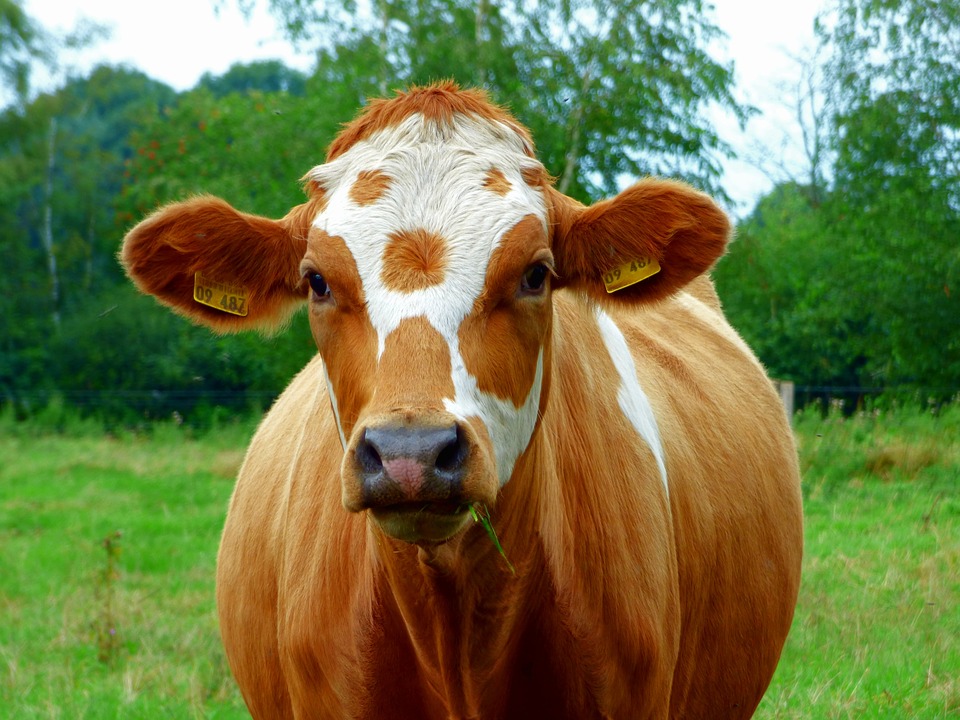 The next time you go to your local butcher or supermarket, do yourself a big favour and politely ask the person in charge of the meat section if the beef they're selling there comes from grass-fed cows. And if not, don't purchase this meat. The chances are, the butcher will tell you that their beef comes from grass-fed cows even if he wants to satisfy your curiosity.

Though I'm a vegetarian, I love to go to the meat counter and ask a few questions. Somewhat surprised, I always get the same answer, and you know what that is. Also, I don't notice any labelling on fresh meat product letting consumers know about the dangers of eating red meat such as heart problems and various cancers to name but a few. I see warnings of all description on cigarette packets, but not on any meat products or alcohol for that matter. And we know that there are plenty of dangers associated with drinking too much alcohol.

Okay, So now we need to talk about the part of the human anatomy that is a clear indication why unhealthy food like red meat is not suitable for you. But before we get to that, let's first take a look at a couple of examples why carnivores only eat meat and not plant food. Three things come to mind here.

One is that carnivorous animals such as lions, hyenas, tigers etcetera consume meat is simply because their physical structures are designed to capture their prey with the use of sharp claws found on the end of their paws.

Number two is that these same animals have a mouth full of sharp canine teeth, all good for tearing at the flesh, which is then quickly swallowed, There is no chewing or grinding of their food source.

On the other hand (pun intended) we humans do not have claws on the end of our paws. Our hands were not created for capturing live prey, so there is no need for claws. Instead, our hands are more inclined to pick fruit and vegetables. There is no need for us to catch our meat as we can pop into our local supermarket and purchase what we need at the meat counter. All nicely packaged for our convenience. How great is that? But therein lies the real danger of this unhealthy food.

Number two, we have mostly molar and premolar teeth in our mouth. These teeth are specially designed for us to chew and grind food. And the reason we need to chew our food well is that we need to break down the food particles together with our saliva. We might not be complete herbivores, but we certainly are not carnivores.

We are considered more of an omnivore, someone who can consume both plant and animal food. However, because of the type of teeth we have, we need to apply what I call the 80/20 principle. In other words, our diet needs to be 80% plant-based food such as grains, vegetables and fruit and only 20% animal-based food such as lean meat, cheese and milk.

Saliva is a clear liquid made by several glands in our mouths as well as it is an integral part of our healthy body. Saliva is mostly made of water and contains essential substances, including electrolytes, mucus, antibacterial compounds and various enzymes that our body needs to digest food and also to keep our teeth healthy.

Lastly, our digestive system and the complicated intestinal tract in which our food source travels are much more complicated as well as being longer than that of carnivorous animals. The longer it takes for us to digest food, the more problems we are likely to have. Consuming large amounts of unhealthy food, such as meat products can cause harmful toxins to develop. And that's not a good thing. 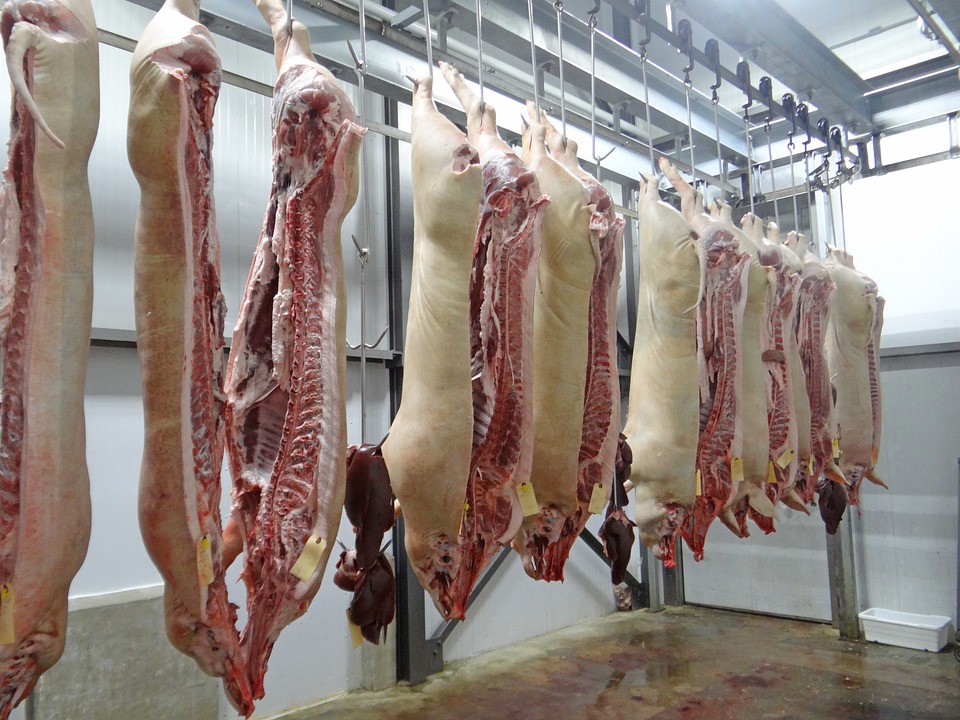 Another reason why we should not eat meat is that of how animals are raised and then to be inhumanely slaughtered for-profit and food for the privileged who can afford this luxury. Unfortunately, we are kind to our domestic animals but care less for other animals such as cows, sheep and pigs. You wouldn't eat your dog or cat, but is a cow or baby lamb is okay to eat? Is that the right thing to do? In some countries, cows are considered sacred. Cows are also living creatures too and would love to roam the land free from harm.

Water Buffalo's in Thailand and Cambodia work the land and help to feed so much more people. They are also not killed for their meat. India's extreme Hindu leaders asked the countries Muslims to please stop eating beef as a precondition for peaceful co-existence. There are so many other animals to eat. Why should they insist on slaughtering and consuming cows, which are revered by Hindus? The question was brought about by Giriraj Kishore, leader of the World Hindu Council. So you may want to ask yourself why I would want to eat our cows? 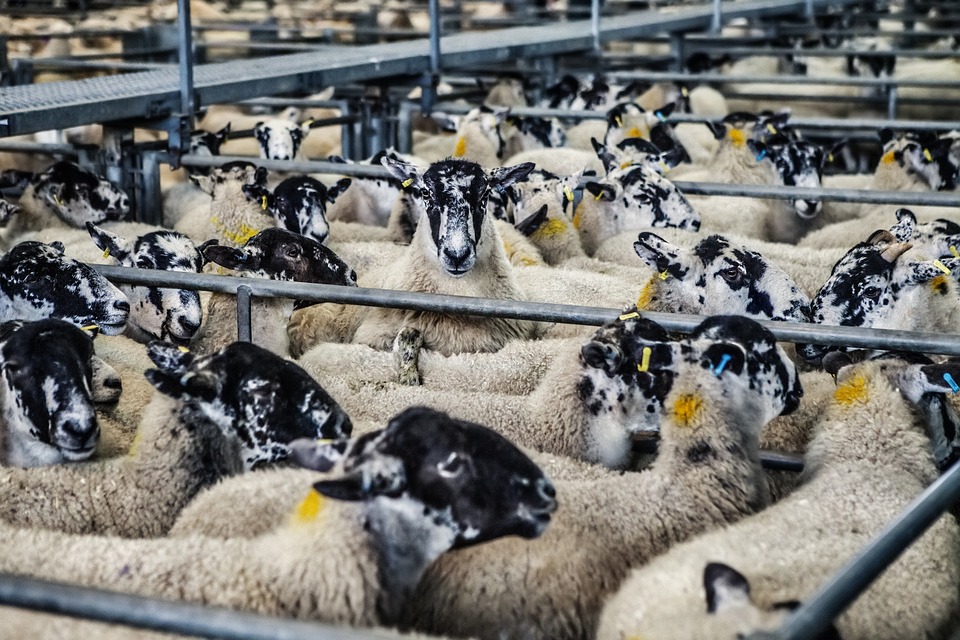 Farmers should concentrate more on growing plant foods to help and sustain the planet as well as feed the millions of people who often go to bed hungry. Corporations must stop allowing the mass culling of these innocent creatures for profit. It's so sad that for centuries humans have been manipulated into caring less and less for these animals and by doing so, continue to purchase and consume meat products. What we don't realise is that inevitably we are killing ourselves in every possible way. The worst is that we are in complete denial too.

So let us consider that from a human perspective and also from the animal we are about to eat. For this exercise, let's use the cow as an example. It's born and raised and then killed for the sole purpose of food for humans and their pets. The question is, did that cow have to die so that we may continue living. It just so happens that that cow you ate, is someday going to kill us and in some most disastrous consequences. Somehow, this doesn't make a whole lot of sense. The moral of the story is; Don't eat unhealthy food, eat plant food for better health. If you insist on eating meat products, you'll find out sooner than later when you succumb to one or other dread disease.

Would you want to eat this Cute Animal? 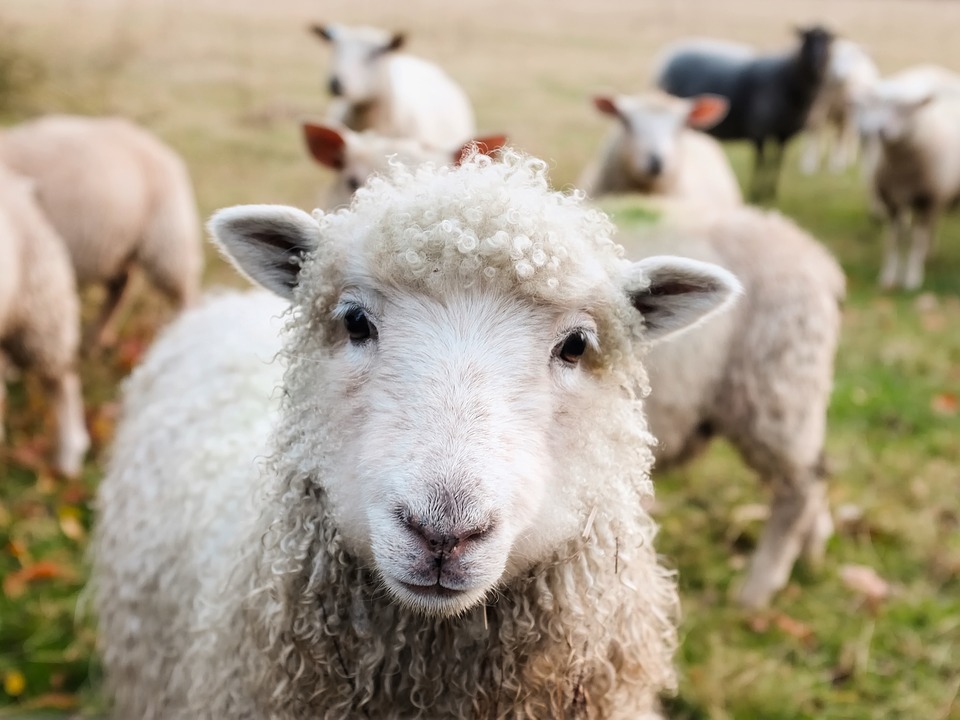