Blood Pressure Protection in a Stalk

Whether you love it or loathe it, you cannot debunk the health benefits of celery. Some are crazy about it, and others hate it. The ancient Romans often wore wreaths of celery on their heads as protection against hangovers during their notorious party days. While there is no documentation to validate this claim, it might be best to lay off the heavy stuff and pour yourself a green vegetable juice which includes a few celery stalks. While celery might not stop your head from spinning in all directions, Asian folk have been using celery for centuries as a remedy for high blood pressure.

Celery is a member of the parsley family, so much so, the leaves of this stalker have a striking resemblance to that of their cousin. Not only does celery contain several chemical compounds that may help lower high blood pressure and perhaps even prevent certain cancers.

A chemical compound called 3-n-butylphthalide found in celery helps relax the muscles of the arteries that regulate blood pressure, thus allowing your vessels to dilate. Besides, this particular chemical also helps reduce the amount of "stress hormones" called catecholamines in the blood. It could be good news because stress hormones typically raise blood pressure by causing blood vessels to constrict. There are a few factors you need to follow to get the health benefits of celery.

If you suffer from high blood pressure and would like to see if celery will solve your problem, try a strategy recommended by Asian folk practitioners. Eat four to five stalks every day for a week, then stop for three weeks. After that, start the procedure all over again for another week.

What you don't want to do is consume celery by the bucket load because these green stalks contain sodium. One stem contains as much as 35 milligrams, and for some people, this could have the opposite effect by causing your blood pressure to rise more than fall. So if you have salt-sensitive hypertension, eating large quantities of celery might not be such a good idea. Instead, stick with just one stalk at a time.

It's essential to have as much as half your dinner plate filled with a variety of vegetables to ensure you get enough vitamins, minerals and fibre to keep your system in peak condition. But how the heck do you get your kids to follow by example.  We all know that most kids hate having to eat their vegetables, let alone anything that has the colour green and looks like ​something that comes out of the garden​.

Have you thought about turning vegetables into a game or making faces with veggies by forming different shapes? Maybe to represent some of their favourite things, if that's possible. On the other hand, if kids don't go along with your scheme, don't force the issue. Kids are more likely to avoid eating their veggies if you get angry at them for refusing. 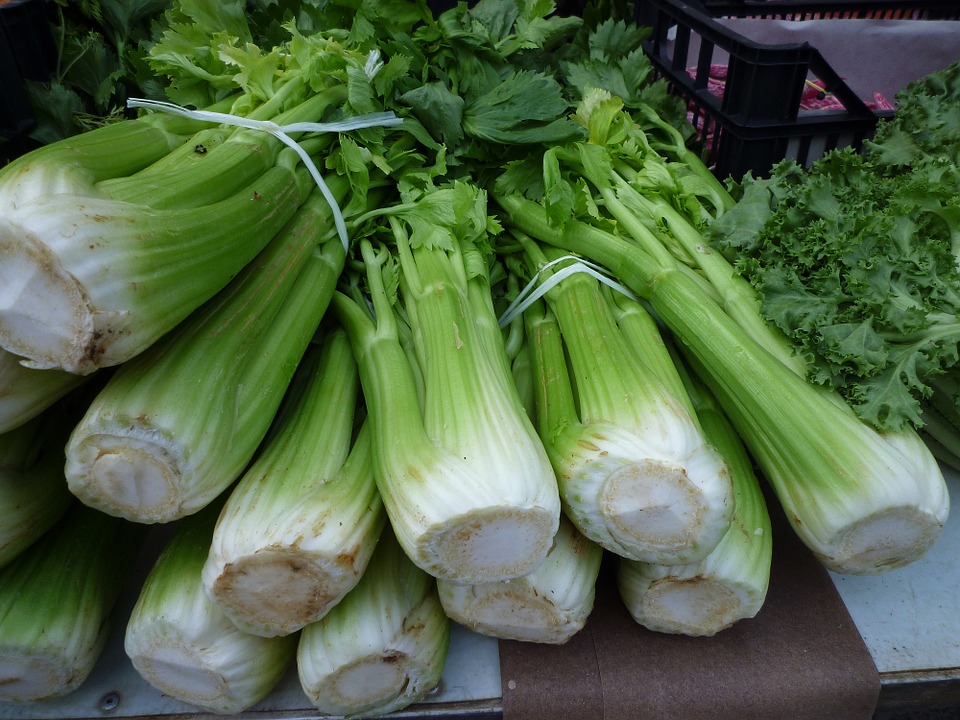 Not many of you may know that celery contains a natural steroid called androstenone which causes sweat glands to release the pheromone androstenol. It's also used in colognes and sprays to attract members of the opposite sex. It may entice more guys to go out and make celery a must-have sexy item in their shopping basket. And another good reason to snack on celery is it can lower your risk of developing colon cancer as well as help reduce high blood pressure. Celery is also a good source of insoluble fibre as well as essential nutrients, including potassium, vitamin C and calcium.

And who would have thought that crunching on a celery stalk might help cancer It's because celery contains several compounds said to help prevent cancer cells from spreading. Celery contains compounds called acetylenes, which have shown to inhibit tumour cells from growing. Celery also contains compounds called phenolic acids, which block the action of hormonelike substances called prostaglandins. Some of those compounds are known to encourage the growth of tumour cells. 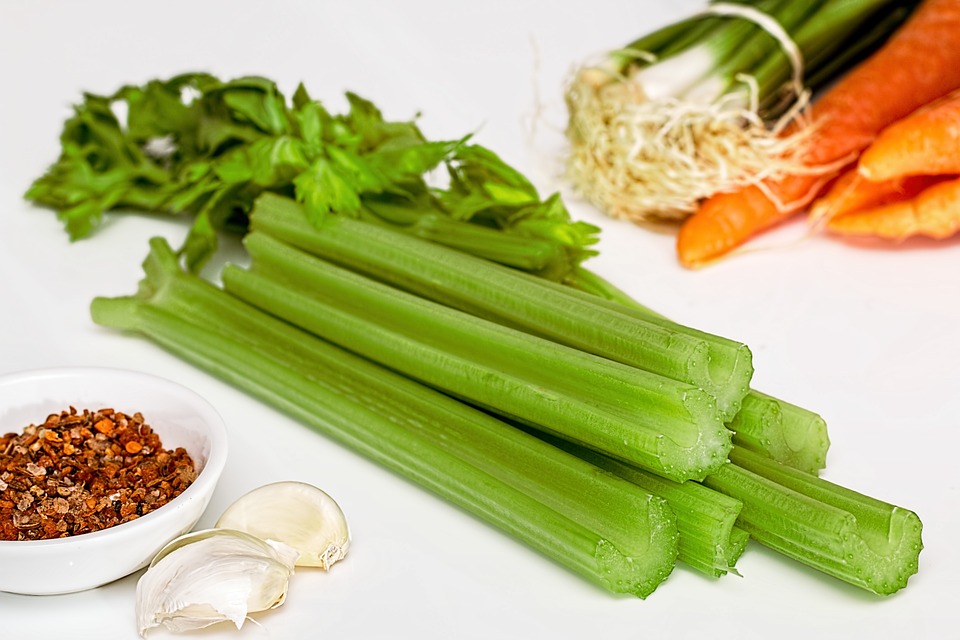 It's not just the sweet, succulent stalk of this green plant that's super healthy for you; it's the leaves that contain the most potassium, vitamin C and calcium. While many vegetables lose their nutrients during cooking, most of the compounds in celery hold up pretty well during the cooking process. You can consume celery any way you like it. Celery can be eaten raw, cooked or as part of a green juice.

In addition to this, celery seeds will provide you with a nutritional bonus. One tablespoon of seeds added to a soup, stew or salad contains about 3 milligrams of iron, 17 per cent of the daily value. You may not be familiar with celery seeds, but you can sometimes find them in the spice section of supermarkets. 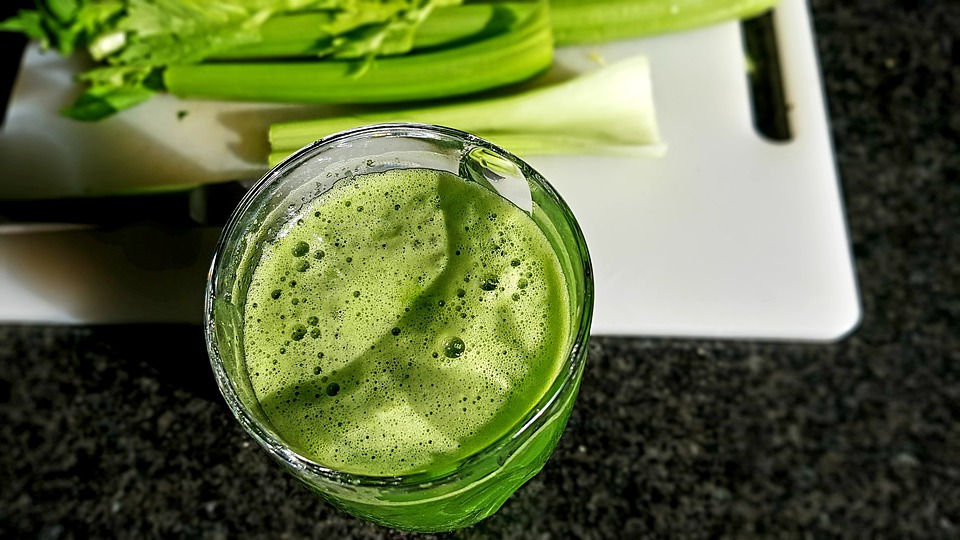 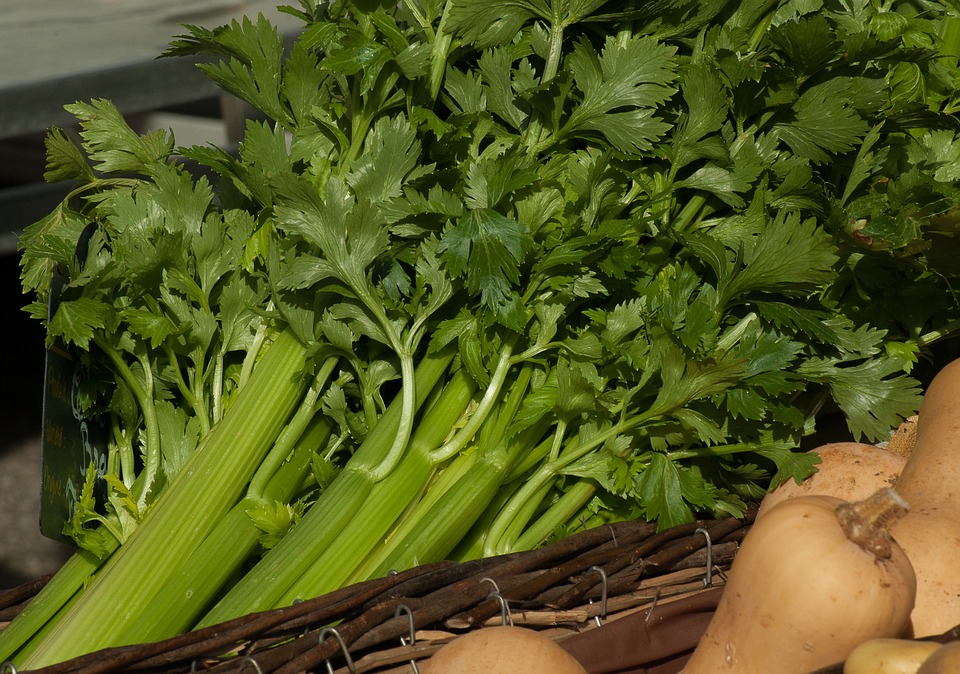