More than just a Halloween Decoration

You may well ask yourself what exactly are the health benefits of pumpkin and that it's not merely a sort-after commodity used as a decoration for Halloween. No, more than that, it's a wonderful superfood we can all eat and enjoy. And pumpkins are filled with powerful carotenoids like beta-carotene, a chemical compound which can help stop cellular damage before it leads to disease.

It's not just due to its size that pumpkin is called the king of squash. A half-cup of pumpkin has more than 16 milligrams of beta-carotene, 160 to 260 of the Daily Value (DV). Pumpkin is also a source of lesser-known carotenoids such as lutein, (the eye vitamin) and zeaxanthin, (a pigment that gives bell peppers and saffron as well as many other plants species their characteristic colour). You'll also find lutein and zeaxanthin in green leafy vegetables as well as other green and yellow vegetables.

Carotenoids, which create the orange colour of pumpkin, help protect your body by neutralizing harmful oxygen molecules known as free radicals. Both lutein and zeaxanthin are very potent free radical scavengers. A diet high in antioxidants can help heart disease and cancer.

Lutein and zeaxanthin aren't found only in pumpkin and other vegetables; you'll also find these compounds in the lenses of your eyes. Studies suggest that eating foods high in these compounds may help block the formation of cataracts.

If you are an older person who suffers from advanced macular degeneration, a condition that leads to blurred vision, foods such as carotenoid-rich pumpkin could help lower your risk of getting this condition by up to 45 per cent. Among people who already had macular degeneration, those who got the most carotenoids in their diets were less likely to develop a more severe form of the disease.

The beta-carotene in pumpkin also helps protect the plant itself from diseases, from getting too much sunlight and from naturally occurring stresses. There is evidence the beta-carotene can help protect you from a variety of other conditions as well.

Research has shown that getting more beta-carotene in the diet can help protect against a variety of cancers, including cancer of the stomach, esophagus, lungs and colon. This protective effect is enhanced by phenolic acids, which are chemicals in pumpkin that bind to potential carcinogens and help prevent them from being absorbed.

The beta-carotene in pumpkin may also play a role in preventing heart disease as well. Some research suggests that should you are on a diet high in fruits and vegetables that contain beta-carotene, you'll have a lower risk of heart disease than people whose food choices supplied less. They say that you can never get enough beta-carotene so now would be a great time to head on to your local supermarket and get some more health benefits of pumpkin. 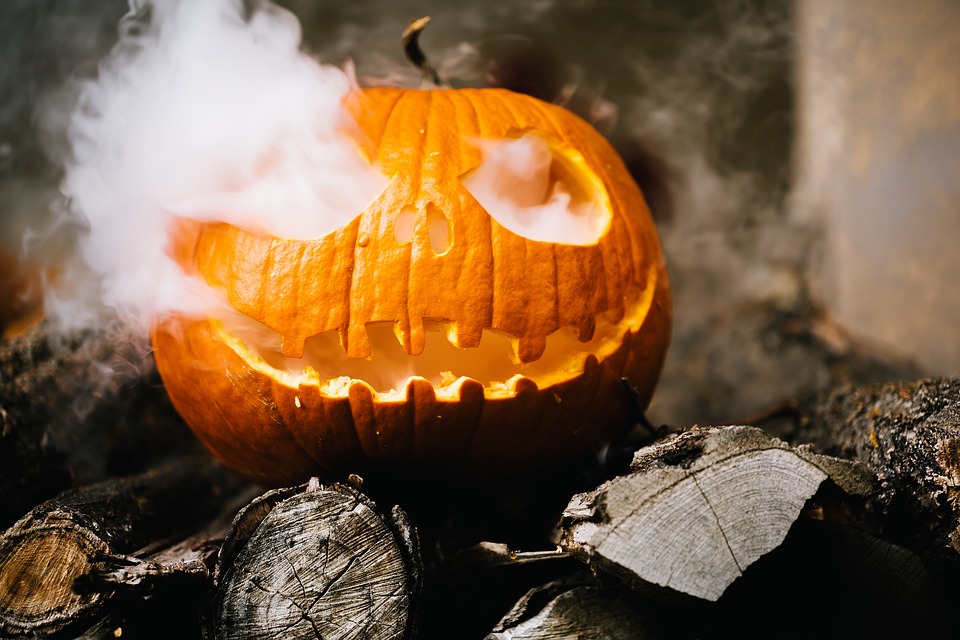 In addition to its luxurious stores of beta-carotene and other phytonutrients, pumpkin contains generous amounts of fibre too. A half-cup of pumpkin contains more than 3 grams, 6 per cent of the Daily Value (DV).

Iron is another one of the health benefits of pumpkin. A half-cup of pumpkin provides almost 2 milligrams of iron, about 20 per cent of the Recommended Dietary Allowance (RDA) for men and 13 per cent of the RDA for women. IT is particularly essential for women who need to replenish their iron regularly due to menstruation.

Of course, you don't want to eat too many pumpkin seeds, since about 73 per cent of the calories (there are 148  calories in an ounce of seeds) comes from fat. But when you have a taste for a crunchy, highly nutritious snack, pumpkin seeds in moderation, are a perfect choice. 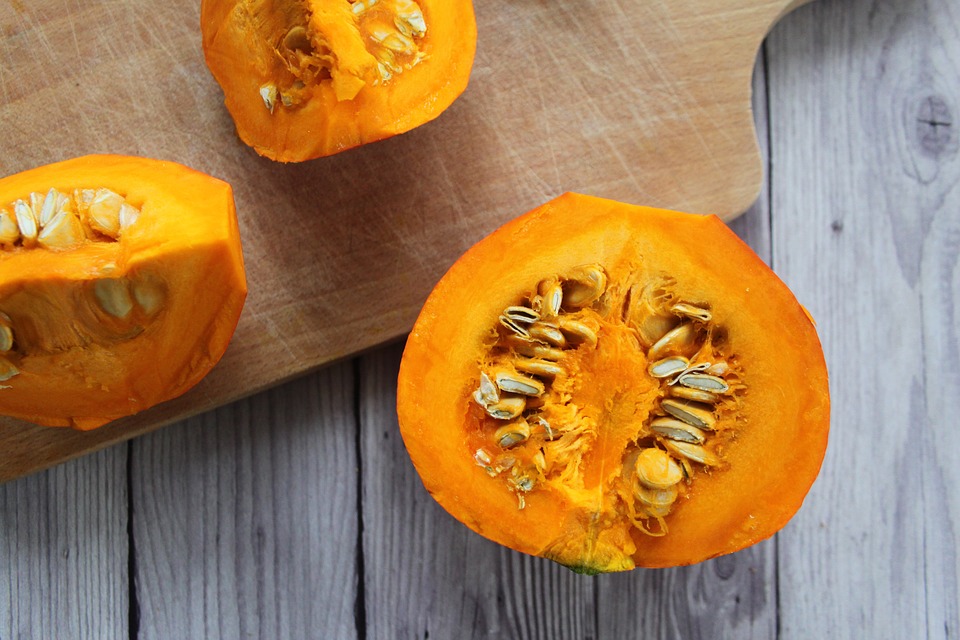 Health Benefits of Pumpkin - Getting the Most

Consider it canned. There's something about preparing a gigantic pumpkin that daunts even dedicated cooks and prevents them from utilising its healing powers. A natural, convenient alternative is to buy canned pumpkin. Nutritionally, it's almost equal to fresh.

Buy it tender. When you have a taste for fresh pumpkin, be sure to shop for milder varieties, like the mini-sized Jack Be Little. While giant pumpkins are great for carving, they also tend to be tough and stringy, and most people don't enjoy them as much.

Temper the taste. Pumpkin is among the strongest-flavoured squashes, and even if you like the taste, you can be somewhat overwhelmed by its potent presence. To get the most of pumpkin into your diet, you may want to mellow the flavour. One way to do this is to add about a tablespoon of orange juice or other citrus juice during cooking.

Love your leftovers. There's no reason to force yourself to eat an entire pumpkin at one sitting - as though you could! Properly frozen, pumpkin retains virtually all its goodness and nutrition. 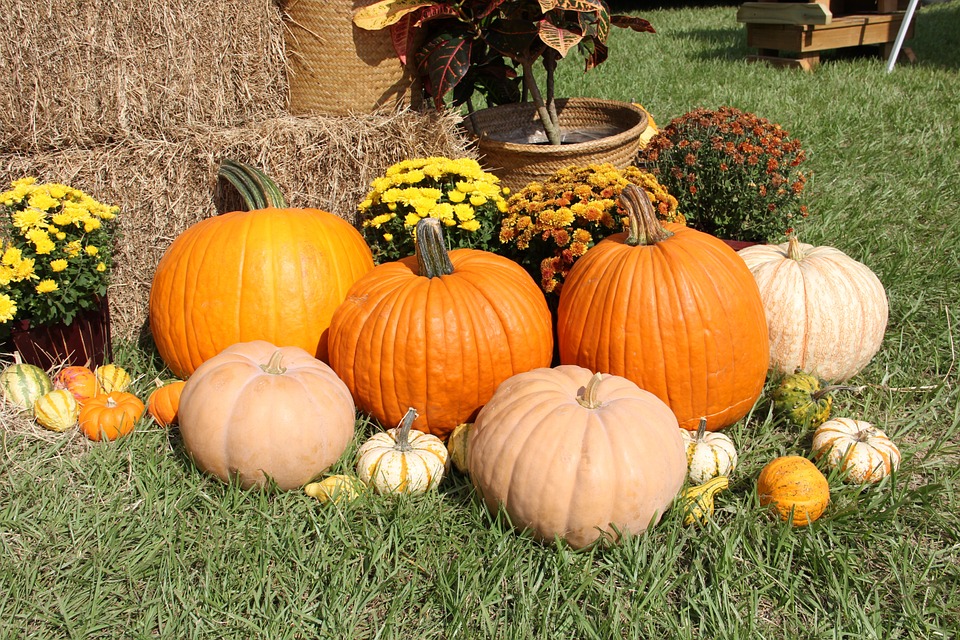 Health Benefits of Pumpkin - In your Home

Because of their size and perfect carvability, pumpkins seem destined to spend their lives on front porches rather than on your dinner plate. But pumpkins, despite their ornamental nature, are still a squash, which means that you can eat them whole, mashed, or cut into chunks for a hearty stew.

To bake a pumpkin, cut it in half (or if it's large, into quarters) scoop out the seeds and place the pieces, cut side down in a baking pan.

1) Add a little water to prevent scorching and bake at 350 degrees Fahrenheit for 45 to 60 minutes, or until easily pierced with a knife.

2) Pumpkin can be cut into smaller pieces and either baked in the oven, steamed or microwaved to speed cooking time.

3) When using pumpkin for a pie, soup or stew, you have to remove the skin. The easiest way to do this is to prepare the pumpkin for baking, then bake in a 350 degree Fahrenheit oven until the flesh is slightly soft. When the pumpkin is cool enough to handle, scoop or cut out the flesh. Discard the skin and proceed with the recipe. 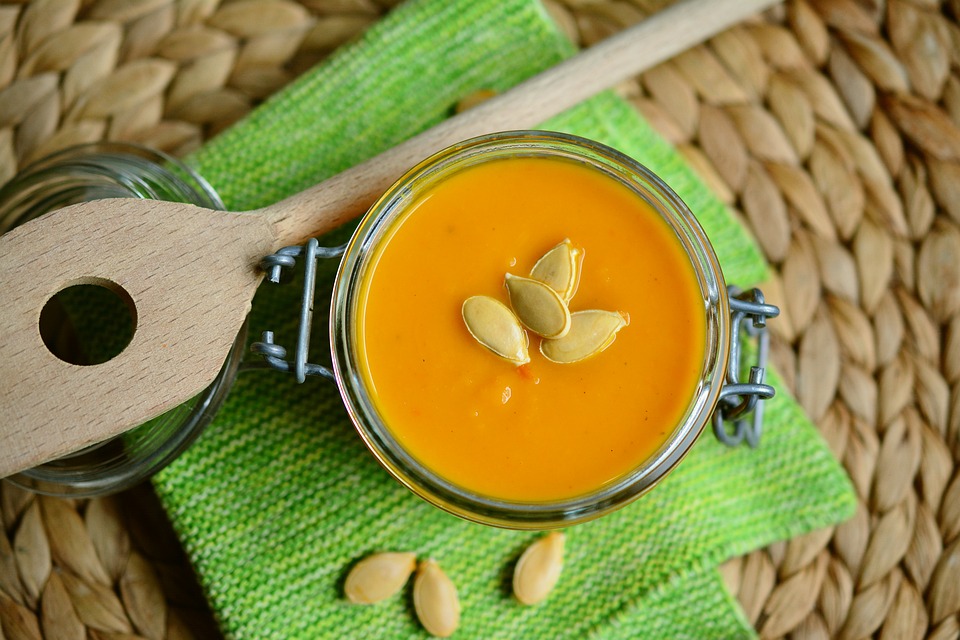 One can (16 ounces) pumpkin

I can (12 ounces) evaporated skim milk

Two teaspoons ground cinnamon (try to get Ceylon cinnamon, it's much better than the rest)

One and a quarter teaspoon ground ginger

1) Preheat the oven to 325 degrees Fahrenheit. Coat a two and a half quart baking dish or souffle dish with non-stick spray.

3) Pour into the prepared dish. Bake for 1 hour or until almost set. (The pudding should still jiggle slightly in the centre)

4) Sprinkle with the pecans. Bake for 5 to 10 minutes, or until a wooden pick inserted in the centre, comes out clean. Remove to a wire rack to cool. Cover and refrigerate for several hours to chill.

For best results, serve the pudding the same day you bake it. Serve with nonfat whipped topping if desired. 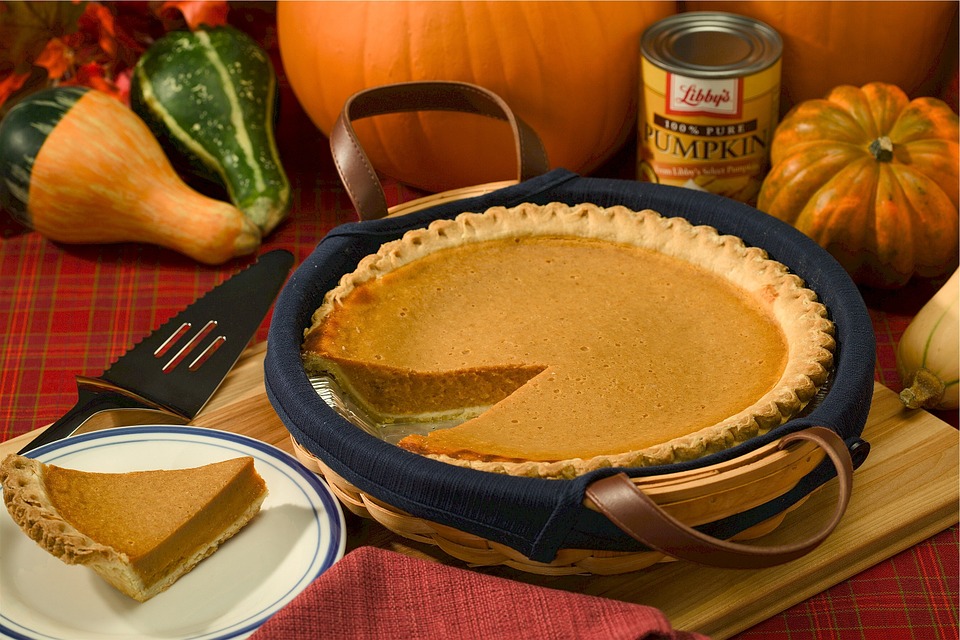