A worthy Participant against Strokes

Despite their pale appearance and intense flavour, the health benefits of parsnips more than make up for their whitish tone. At first glance, you could easily mistake them for white carrots because both parsnips and carrots are so similar in shape. But that's where the similarity ends. Parsnips don't even come from the same root family as carrots, but surprisingly, from the parsley family, hence the name.

Parsnips are a good source of fibre, folate and phenolic acids. They can also help prevent colon cancer, lower your risk of heart disease, stabilize blood sugar levels, decrease the risk of a stroke and protect against congenital disabilities.

Dietary fibre must surely take centre stage when it comes to the healing power of parsnips. Just one cup of cooked parsnips contains 7 grams, which is 28 per cent of the daily value. A little more than half the fibre in parsnips is the soluble kind, which means that it becomes gel-like in your digestive system. It, in turn, helps block your intestines from absorbing fats and cholesterol from other foods.

At the same time, fibre dilutes bile acids in your intestine, helping them from causing cancer. Parsnips also contain insoluble fibre, which helps speed the rate at which stools move through your gut. It is imperative because the less time bile acids are present in your intestine, the less likely they will cause any damage to your cells and thus averting cancer. Dietary fibre is essential in protecting you against all sorts of cancer, including colon, stomach and pancreas.

Not only does dietary fibre help protect you against cancers, but it's also similarly impressive in its ability to relieve or prevent many other conditions as well. Getting enough fibre in your diet will significantly help prevent haemorrhoids and other intestinal diseases. And fibre can also curb any blood sugar swings that occur with people suffering from diabetes. It's never too late to start stacking up on your fibrous food. 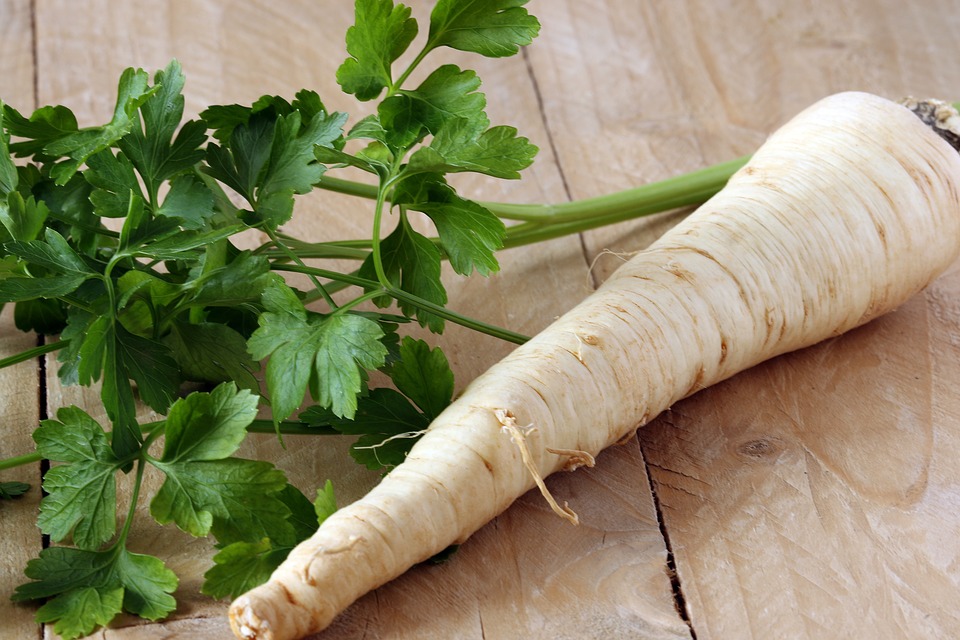 The thing is, people today are consuming way too much fast food and often in large quantities. While they may be aware of the dangers that lie within, the cravings are way too persuasive. Also, the additives and spices in fast food are out of control, and we are all losing the ability to taste real food anymore.

It also prevents us from getting our daily requirements of nutrients, including minerals, vitamins, trace elements, fibre and folate. Little do we realise just how good these white looking carrots are for our well-being. Parsnips and other plant foods come well equipped in helping prevent a whole host of degenerate diseases. I sometimes wonder how many kids have even heard about parsnips let alone seen any.

And speaking of folate, this is possibly our number one nutritional deficiency, particularly among the younger generation. Parsnips are an excellent source of folate with just one cup containing about 90 micrograms, around 25 per cent of the daily value. Getting enough folate is known to prevent specific congenital disabilities as well as being responsible for helping to reduce the risk of strokes.

Folate is known to decrease blood levels of homocysteine, a chemical that may jam up the arteries and stop blood flow. Eating a daily portion of fresh fruit and vegetables will no doubt help lower the risk of a stroke by up to 22 per cent. Isn't that reason enough to eat some healthy plant foods like parsnips than those dreadful fast foods that offer little or no nutritional substance whatsoever?

Unless you genuinely have a passion for parsnips, it's improbable that you'll ever eat a whole bunch every day. However, eating a small serving will provide you with not only the fibre and folate but also a fair share of potassium too. And this will go a long way towards keeping your arteries in tip-top shape. 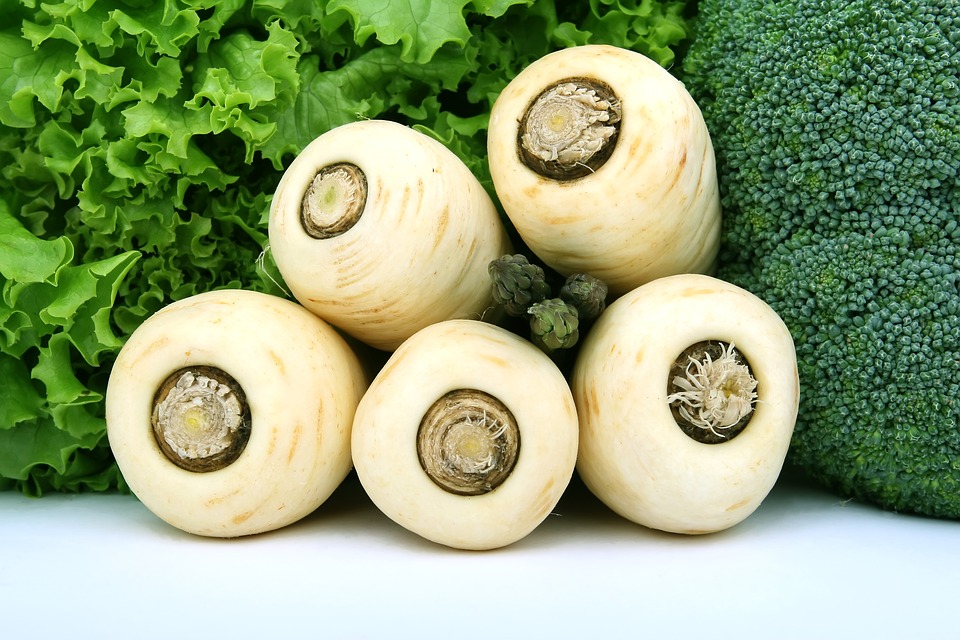 Along with carrots and celery, parsnips are members of the Umbelliferae Family and foods in this family contain several natural compounds called phytonutrients, which have shown to block cancer cells. The chief among these are compounds called phenolic acids. What these acids do is attach themselves to potential cancer-causing agents in your body, creating a bigger molecule that's so big, your body will not be able to absorb it. And that, by the way, is a good thing.

These Umbelliferae Family members can also help fight cancer by directly inhibiting any tumour growth. While there is still much to be said about the health benefits of parsnips regarding cancer, there's no reason why you shouldn't go ahead and enjoy these pale root vegetables for all the fibre and folate they contain. 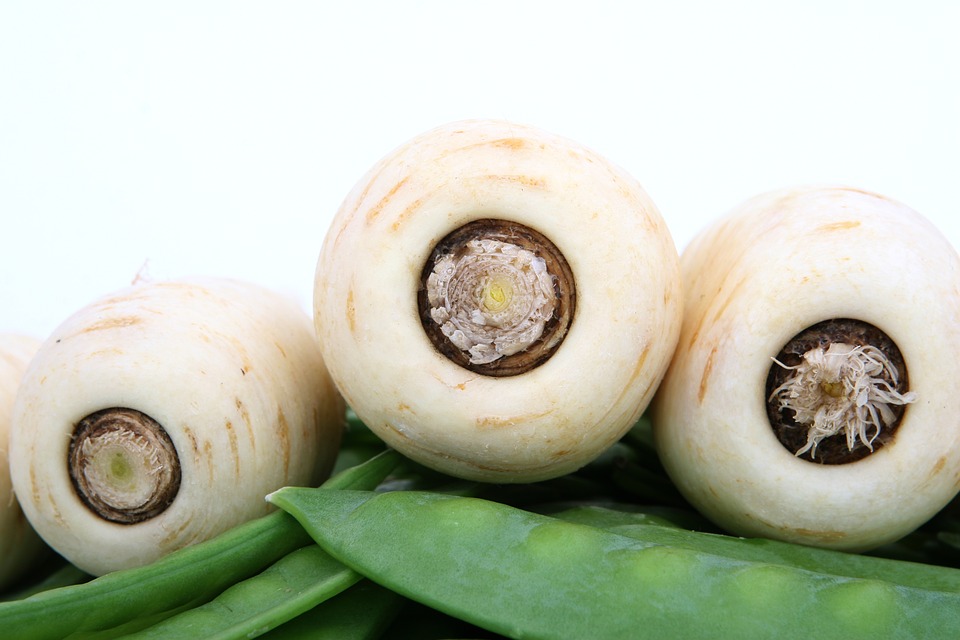 Health Benefits of Parsnips - Getting the Most

Although some root vegetables keep well at room temperature, you should always keep parsnips in the refrigerator. If you have a cellar where foodstuff can be kept cool, that too will be ideal. It will keep your parsnips from drying out and losing some of their nutrients.

Before storing them in the refrigerator, make sure you snip off the green leafy part from the top. Otherwise, the greens will draw much of the nutrients from the root itself. Parsnips will keep for a couple of weeks when stored in the refrigerator in either a perforated plastic bag or container. And the longer you keep them there, the sweeter they'll taste. But don't leave them for too long though.

What you may not be aware of when it comes to the cooking preparation process, is that some of the nutrients in parsnips, because they are water-soluble, are quickly lost during cooking. Unlike carrots which can be eaten raw, parsnips are not the kind of vegetable you would want to eat fresh.

Parsnips may cook like carrots except that they don't take half as much time. However, you prepare them in much the same way. They can be mashed, pureed or served in chunks. And it's not uncommon for them to grow quite large as those of carrots. Parsnips can grow as much as 20 inches long. While large parsnips tend to have a much stronger flavour, you may want to purchase the small or medium ones as they have a better flavour and texture. Look for parsnips that are no longer than 10 inches in length.

Because parsnips are a lot more fragile in boiling water than carrots, you shouldn't peel them before cooking. That way, those vital vitamins won't be floating away. You could quickly lose almost half of the water-soluble nutrients by cooking peeled parsnips. The solution to this is to cook parsnips unpeeled. Once they are tender enough, let them cool, then scrape or peel the outer skin away and enjoy as is. If you don't like plain cooked parsnips, a better way is to stir-fry or roast them with other vegetables. That way you'll get more of the vital nutrients. 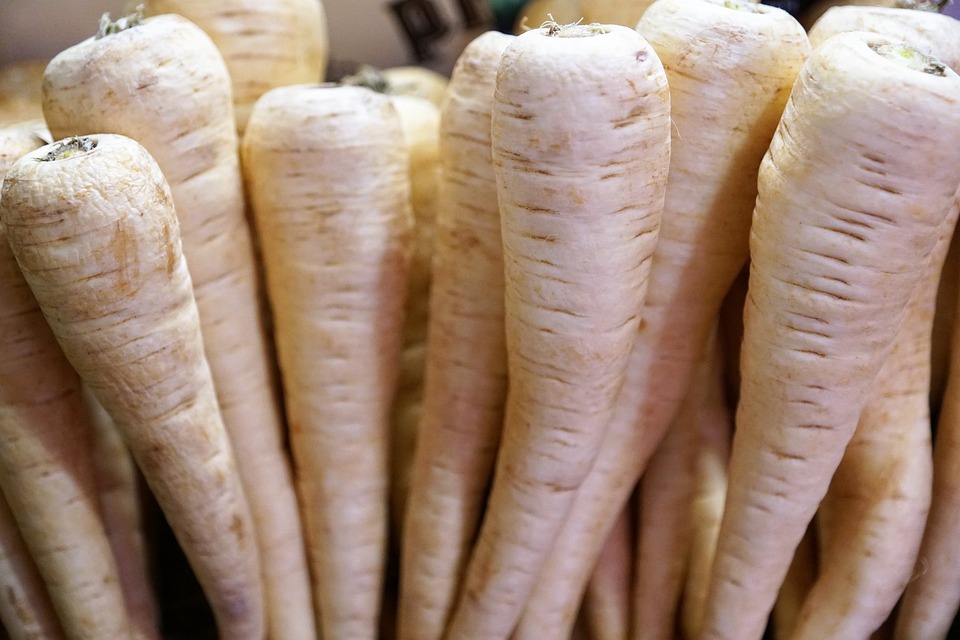 Roasted Parsnips with Thyme and Honey

2) Slice the top and tail of the root, then peel and chop into quarters or slice lengthwise.

3) Parboil the parsnips in salted water for 5 minutes.

4) Drain and place the parsnips on a clean towel to dry.

5) Over medium heat, put the butter and coconut oil in a large frying pan.

6) Place the parsnips into the pan and cook for 10 minutes or until they turn golden brown.

7) Then place the parsnips into a roasting pan, add the thyme, drizzle the honey over them 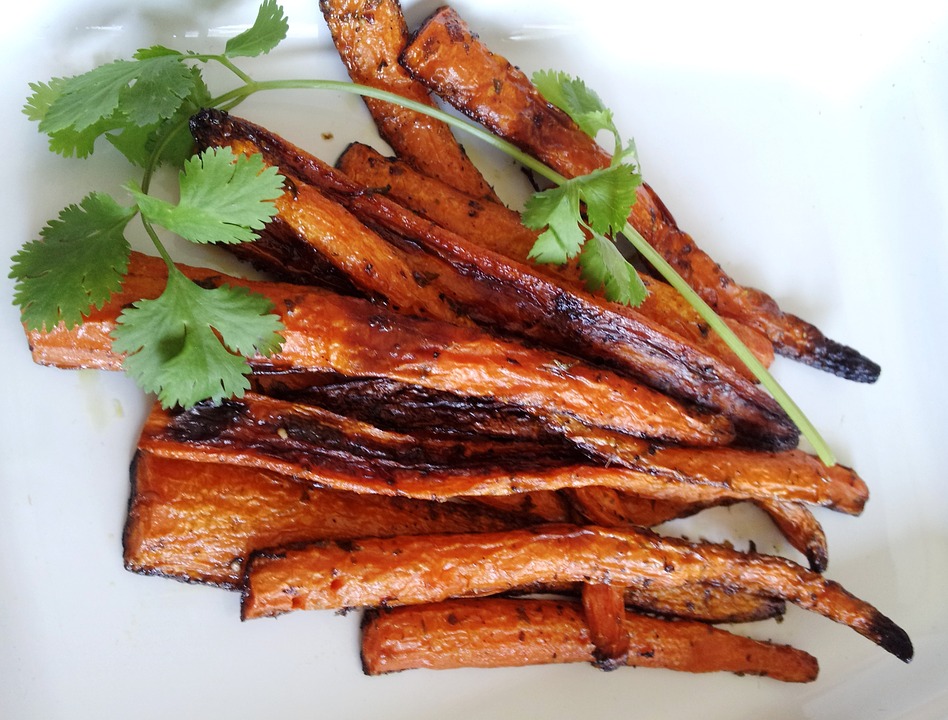