an artist, an adventurer, a writer and a nutritional guidance counsellor

My name is grahame pike, and while I never quite know where to begin with this "About the Author" stuff, there's just so much going on in my life right now. There's been so much going on for me in the past, and still, I see more going forward. So much so, my friends keep telling me that I should write a book. But I wonder how many of you would want to read about me and my adventures, be that it's for business or pleasure. And that my travels have taken me from Africa to the UK and then to Europe and South-East Asia.

And while I have a passion for writing, I'd love to write a real novel. Not so much about my life but someone else entirely. It would be a crime novel based on a true story I once uncovered while travelling around Spain in 1987. The story would centre around an incident which occurred in Italy during the hippy era, early 1971. It would have all the stuff readers seem to love the most - romance, sex, murder and betrayal. And I'd throw in a billionaire for good measure. The worst part is that the "billionaire" in question and his colleague would get away with double murder. The thing is that as much as I can write about myself, I have no clue how to write a full-blown novel. It just seems more natural to write a blog post than it is to write a crime novel. Any suggestions?

Anyway, I'm going off subject here. I should be telling you about myself. I hope you've got time as this could take a while. Most people whose blogs I've read only write a couple of lines, and not much more. I can't do that. I hope it won't be too dull for you. In the meantime, you may want to get yourself something to eat and drink. 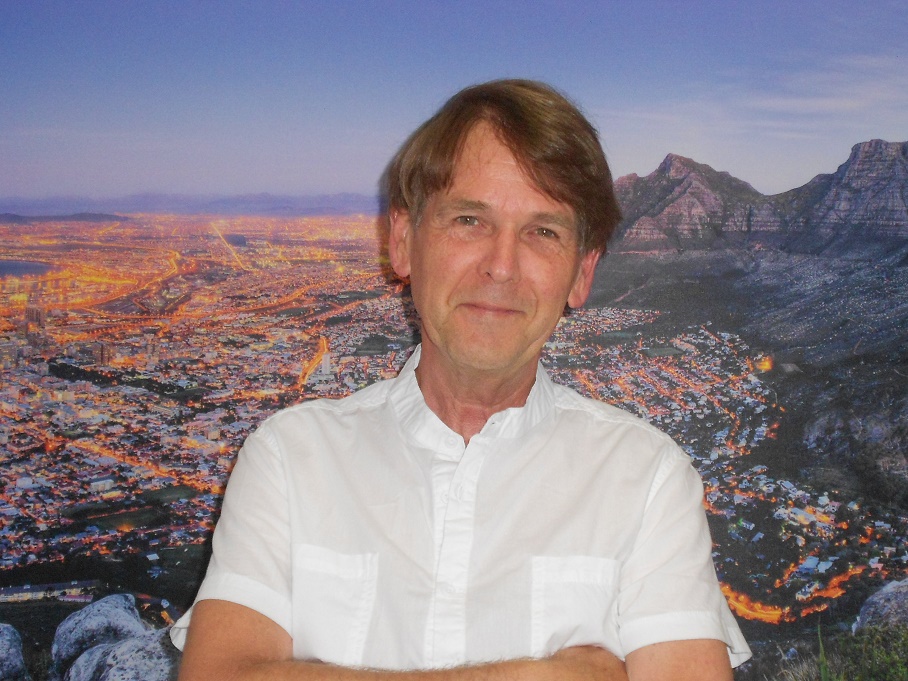 After that, I got another brother, who was born on May 5th, 1955. My parents named him Quinton because "Quin" is short for quintuplet. Quinton was the 5th child born on the 5th day of the 5th month in 1955. Then came another brother born on the July 26th 1956, and the last sibling was my sister born on March 3rd 1957. All my siblings were born before my parents turned 30 years of age. Television only came to South Africa in 1974.

I'm the only child who never married. I became a vegetarian at the age of 21 and never looked back in 1985 after my fiancé committed suicide miles away in another city from where I lived. I began researching macrobiotics after meeting Dirk Benedict (Face Man in The A-Team television series from 1983-1987) who got diagnosed with prostate cancer at the age of 29 and who also had arthritis when he was just 18 years of age. Not only did Dirk recover fully from these diseases, but he's also very much alive and well at the age of 74 today. But that's another story. Though it did spur me on to study further and research the cause of diseases and how to try and prevent them. I have since gone on to help several people overcome their health issues from an unbiased nutritional point.

Though I never studied to become a doctor, I loved helping those who have little understandings of their health issues. Instead, I began my "career" as an apprentice electrician and resigned after only four months. I was not too fond of that job. It wasn't for me. After that, I worked briefly in a clothing outlet, but it was while I got drafted into the army (wasn't for me either) that my gift of writing got me going. I would write long letters to my girlfriend.

It became natural to me, so much so that I got besieged continuously with requests to write letters for fellow recruits. These recruits had no idea how to write love letters to their wives or girlfriends back home. They could not understand how I could write 20 plus page letters to my girlfriend while they couldn't get past the first page. So I wrote their love letters for them. I just had to use a little imagination. Little did I know that it would take me many more years later to realise that I had some talent in writing, and so began my blogging skills on the internet. I'm not quite there yet, but I know where my dream and passion lie. While I was growing up at home, my mother would often write for the local weekly newspapers.

However, it was also while in the army that I would pursue a career in the art world so after returning home, I spent the next ten years working for five different companies learning all there was in the various field of the art market. After working for one company for two years, I would leave and begin a new art career. That lasted for ten years before going out on my own. Going solo was my destiny. I have been down a few roads since then, owning and running a signage company, a promotion company and an art gallery. But something was still missing.

Because of my true passion for writing and travelling, I knew there was something more than working a 9-to-5 job even when running my own business. I had to step out of my comfort zone. So the house, the furniture, the lot, it had to go so that I could concentrate on my writing and travelling. It's where I am now. I need more adventure and lots of it. Sometimes in life, they say, less is more. I'd had already lived the millionaire lifestyle, drove fancy sports cars but something was missing.

Though I'd travelled North Africa, Europe and the UK, I also had the opportunity to travel to South East Asia for both business and pleasure. Now I cannot stop thinking about my next destination, and since I've just received full British citizenship, I cannot wait to see where my next adventure will take me. And along the road, I intend to help those in need around the world solve their health problems. Don't hesitate to contact me for any health-related issues you may have? I'm here to help in any way I can. Thanks for taking the time to read my story. There's a lot more, but it can wait for another day. It is the reason LoveTravelEatRight.com came about. See you all on the other side.